Epilepsy is a brain disease characterized by abnormal electrical activity causing seizures or unusual behaviour, sensations and sometimes loss of awareness. It carries neurological, cognitive, psychological and social consequences and accounts for a significant proportion of the world’s burden of disease.

Despite availability of effective and low-cost anti-seizure medicines, more than 75% of people with epilepsy in low-income countries do not have access to treatment.

This report is the product of a long-standing collaboration between WHO and leading nongovernmental organizations working in the area of epilepsy, the International League Against Epilepsy (ILAE) and the International Bureau for Epilepsy (IBE). Together we have made substantial progress in encouraging countries to prioritize epilepsy in public health agendas.

It is time to highlight epilepsy as a public health imperative, to strongly encourage investment in reducing its burden, and to advocate for actions to address gaps in epilepsy knowledge, care and research.

Raising epilepsy on the global public health agenda cannot be done alone. The adoption of the World Health Assembly resolution on epilepsy by Member States drew attention to the need for coordinated action at country level. The resolution provides a powerful tool to engage governments and civil society in taking concrete action to promote access to care and to protect the rights of people with epilepsy.

Epilepsy: a public health imperative is a call for sustained and coordinated action to ensure that every person with epilepsy has access to the care and treatment they need, and the opportunity to live free from stigma and discrimination in all parts of the world. 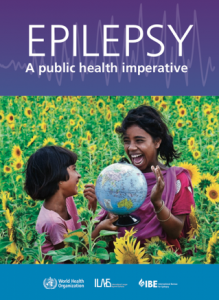 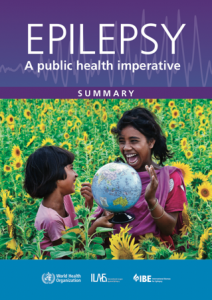 The summary is also available in the following languages: