There are approximately 10 million people living with epilepsy in Africa where epilepsy is greatly misunderstood, deeply stigmatized, dramatically underfunded and most often ignored by the health care system. Over 75% of people in Africa with epilepsy live in rural and semi-urban areas where treatment is nearly non-existent. Knowing that there are affordable drugs and effective, low-cost programs, it is especially egregious that people with epilepsy in Africa continue to suffer.

In 2015, the World Health Organization (WHO) General Assembly passed a landmark epilepsy resolution known as WHA68.20: Global burden of epilepsy and the need for coordinated action at the country level to address its health, social and public knowledge implications. This resolution is tremendously important in that it calls on all member countries to address epilepsy seriously by developing and implementing national plans of action. Despite this global declaration, none of the countries in Africa has developed an epilepsy national plan. There has been no political response nor has there been any financial investments in programs that could reduce the epilepsy treatment and knowledge gap at the country level. Previous international agreements such as the African Resolution on Epilepsy (2000) were also never adequately implemented, despite research in some countries, such as Zimbabwe and Senegal, showing that the costs of managing epilepsy in resource poor settings were quite minimal.

Many African patient and family-based organizations are now organized and motivated to meaningfully change epilepsy understanding and treatment on the continent. Associations of people with epilepsy, their families, and professionals have a significant role in advocating for a national epilepsy plan to be developed, adopted and implemented. The IBE supports its chapters across the world to work collaboratively with professional and governmental partners to improve epilepsy care at the county level. Unfortunately, the capacity of such chapters in Africa is limited, yet there is a strong desire by these member chapters to build their infrastructure in order to narrow the knowledge and treatment gap.

The overarching goal of two significant initiatives underway in Africa – the Utetezi Project and Promising Strategies Program – is to reduce the epilepsy knowledge and treatment gaps across the region and to provide IBE chapters in Africa with the tools to develop and execute plans and activities to implement the WHO Epilepsy Resolution (WHA68.20) and to build capacity within their membership. 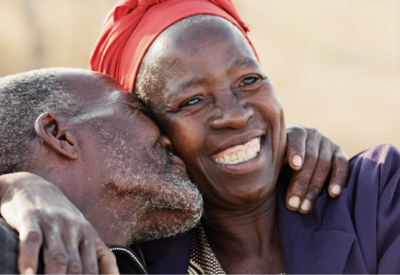