Marking the retirement of Richard Holmes as IDM

As you may know, Richard Holmes recently retired as International Director of Meetings (IDM) for IBE and ILAE. 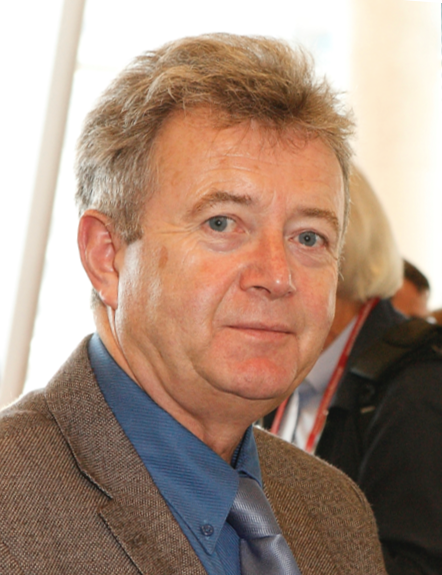 I first met him when we both were members of the scientific and organising committees for the Epilepsy Europe Congress that took place in Glasgow back in 1992. The success of this meeting led to the setting up of the biennial ILAE European Congresses on Epileptology, the first of which was in Oporto, Portugal in 1994. The same year, in parallel, IBE held its own European Congress on Epilepsy and Society in Veldhoven, Netherlands. When I became Chair of the ILAE Commission on European Affairs in 1997, Richard, who was by then IBE President, was appointed as a member of my team.

Following my election as ILAE Vice President in 2011, I was tasked by the then president, Giuliano Avanzini, with developing joint regional congresses in Europe, Latin America and Asia and Oceania. This led to my working closely with Richard for an interesting 4 years, since he was by that time the IDM for both organisations.

We carried out onsite inspection visits to Mexico City, Guatemala, Bali, Bangkok, Kuala Lumpur, Madrid, Vienna, Helsinki, and Xiamen. During our visits to numerous places in Europe, Asia, and Latin America, we met members of the relevant ILAE and IBE scientific and organising committees responsible for the development of the congress programmes. Richard and I also visited the potential venues together, where we would negotiate with suppliers. It was here that I watched him make the best possible deal for each congress. We considered ourselves a good team – with Richard referring to me as the difficult to please ‘boss’. We both knew who the real boss was!

These congresses took place in a “time of plenty” as far as sponsorship from the pharmaceutical industry was concerned. Those halcyon days are, unfortunately, long gone. Our site visits saw several back to back meetings with early starts and late finishes each day – although there was usually the chance to relax with a glass of something alcoholic at the end of the day. As a Scotsman with a love of good whisky, it may surprise people to learn that I introduced Richard to an Irish whiskey called Tullamore Dew, which has since become his favourite. The observant reader will notice the difference in spelling between the Scottish and Irish varieties of the beverage!

Overall, Richard Holmes spent 45 years working in the field of epilepsy, with the last 21 years serving as IDM. I am delighted to pass on my best wishes and those of all of us at IBE to him for a long, happy, and rewarding retirement. I will remember with great fondness the times we spent traveling and working together. It will be difficult to forget too those unplanned incidents, such as our time in Montevideo in 2008 with the organising committee for the Latin American Epilepsy Congress, when Richard was paranoid about avoiding being mugged. Yet of all of us in the group, he was the only one who ended up actually being mugged! Or the time in Mexico City in 2004 when we were taken by our hosts on a visit to the city’s museum, only to realise when we were about half-way round that we had been taken there the last time we visited the city several months before.

Well, Richard, here’s to you – Slangevar or Slainte depending on whether you are drinking Scottish whisky or Irish whiskey!