Professor Samuel Berkovic : awarded Companion in the Order of Australia (2014) 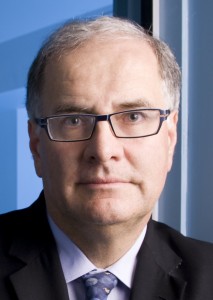 The International Bureau for Epilepsy are delighted to offer their warmest congratulation to Professor Samuel Berkovic upon his appointment – Companion in the Order of Australia.

In the Australian honours system appointments to the Order of Australia confer the highest recognition for outstanding achievement and service.

Professor Samuel Berkovic is recognised for his groundbreaking discoveries with epilepsy

To view a video of Professor Berkovic discussing the groundbreaking work finding epilepsy genes – please click on the link below. 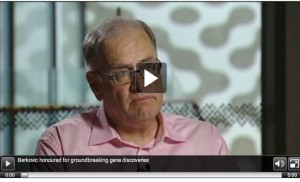 COMPANION (AC) IN THE GENERAL DIVISION OF THE ORDER OF AUSTRALIA

Professor Samuel Frank BERKOVIC AM, Caulfield North Vic 3161
For eminent service to biomedical research in the field of epilepsy genetics as a leading academic and clinician, to the study of neurology on a national and international level, and as an ambassador for Australian medical science education.

Fellow, Royal Society of London, since 2007.

Member, Association of British Neurologists, since 2008.

Member, American Academy of Neurology, since 1990.

Member, Epilepsy Society of Australia, since 1988.

Member, Australian Association of Neurologists, since 1981.

Author and publisher of over 190 scientific papers and articles since 2005.

Editorial board member for a range of international scientific and medical journals including:

Appointed as a Member of the Order of Australia in The Queen’s Birthday 2005 Honours List for his service to medicine as a neurologist, particularly in the field of epilepsy research and treatment.

The Clive and Vera Ramaciotti Medal, 2006.