In this article, submitted by Deirdre Floyd, President of Canadian Epilepsy Alliance/Alliance Canadienne De L’épilepsie and IBE Representative, we’ll learn the history of the CEA/ACE and about their ongoing work to improve the lives of Canadians affected by epilepsy.

Canadian Epilepsy Alliance/Alliance Canadienne de L’épilepsie (CEA/ACE) was formed in 1998 to address issues of national importance to people living with epilepsy, to share resources and leverage partnerships to help improve the overall quality of life for Canadians living with a seizure disorder. Our goal was to fulfill a need that wasn’t being met for those living with epilepsy and for the Canadian Epilepsy Alliance to become the voice representing the needs that clients conveyed to us from coast to coast.

When we formed in 1998 we developed a constitution, bylaws and applied for charitable status so we could become a national charity for Canadians with epilepsy. Representatives from epilepsy organizations from across the country met at the City Hall in Trois Rivieres, Quebec to officially launch the new Canadian Epilepsy Alliance/Alliance Canadienne de L’épilepsie. We believed that as an alliance and working together would make us stronger than we could ever be alone in our efforts to enhance the quality of life for Canadians affected by epilepsy.

As part of the celebration, we launched a Canada-wide survey on what people affected by epilepsy see as their most pressing concerns. The survey results helped to direct our ongoing efforts and keep us in touch with the real-life challenges of those living with epilepsy in Canada. Since then an additional survey was done to make sure our mandate and programs continued to address important issues for Canadians living with epilepsy.

Now we are a strong Canada-wide national agency made up of 27 community-based organizations dedicated to the promotion of independence and quality of life for people with epilepsy and their families, through support services, information, advocacy, and public awareness. We partner with the Canadian League Against Epilepsy (CLAE) to address issues of national concern on behalf of Canadians and their families who have epilepsy. As the voting member of the International Bureau of Epilepsy (IBE), the CEA is the voice for those living with epilepsy in Canada and internationally. The IBE is the international organisation that serves to develop, support and link national epilepsy organisations around the world and exists to improve the quality of life of all people with epilepsy and their families and carers. The Canadian Epilepsy Alliance works with the IBE and participates in global initiatives representing those living with epilepsy in Canada. 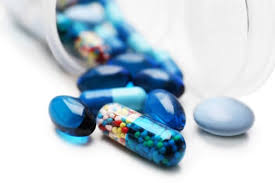 Since 2013, the Canadian Epilepsy Alliance/Alliance Canadienne de L’épilepsie. (CEA) and the Canadian League Against Epilepsy (CLAE) have been collaboratively raising the ongoing concern of Anti-Epileptic Drugs (AEDs) shortages to both provincial and federal Health Ministers. There are serious potential consequences associated with any abrupt or modest changes of therapy which may be associated with shortages. In the short term, people with stable symptom control could have breakthrough seizures and people with pharmacoresistant epilepsy could have a worsening of their condition. There is also the potential for life-threatening episodes of status epilepticus.

The CEA, in partnership with the CLAE and other stakeholder organizations in Canada, succeeded in making drug shortage reporting mandatory by the pharmaceutical industry. instead of voluntary.

In light of the United States of America’s relaxed legislation for bulk importation of pharmaceuticals from Canada, we see opportunity and risk. We welcome the opportunity to advise on our Canadian regulations to make drugs affordable and safe and welcome the opportunity to share how we’ve accomplished this.  At the same time, the CEA is working with stakeholder organizations from across Canada, to protect the drug supply in Canada to prevent further drug shortages for the benefit for our clients in Canada. 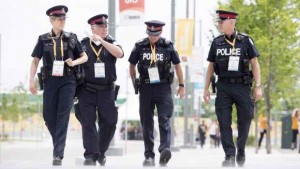 For years, community epilepsy agencies have heard from our clients that they have had troubling interactions with police officers. Some were arrested and charged for behaviours during a focal impaired awareness seizure or the postictal period. Their lack of response was interpreted as non-compliance or their fight or flight reaction to physical restraint was considered assault.

Working with a committee that included members of law enforcement, epileptologists, community epilepsy agencies, and people with epilepsy, the Canadian Epilepsy Alliance (CEA) created a training tool for police officers to help improve these interactions.

The goals of Epilepsy and Seizure Response Training for Police Officers are to support police officers in maintaining their own safety and the safety of others while protecting the rights of the individual having a seizure, increase police officers’ awareness and knowledge of the nature of epilepsy and how to respond to citizens having non-convulsive seizures, and equip police officers with information to help determine the proper course of action and assess the need for medical care.

The training includes an interview with epileptologist Dr. Eduard Bercovici, a re-enactment of a person having a focal impaired awareness seizure interacting with police officers, and the personal story of Police Constable Jason Romyn who has epilepsy. Constable Romyn describes his experience having a focal impaired awareness seizure and addresses the concerns of the first responders approaching the scene after his wife called 911.

After completing the training program, the CEA worked with the team at the Canadian Police Knowledge Network (CPKN). It will soon be available to law enforcement officers across Canada on the internal police e-learning tool CPKN.

Other accomplishments over the past 20 years

How to reach the Canadian Epilepsy Alliance